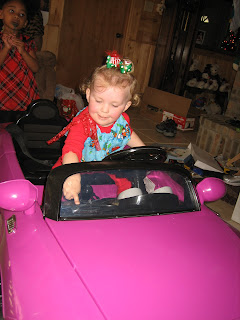 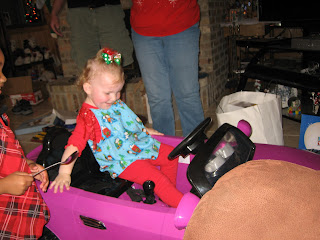 We quickly realized we needed to move her on outside with the car! 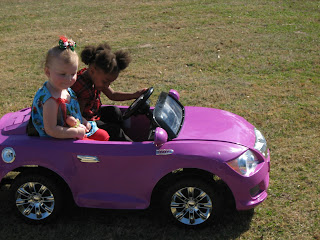 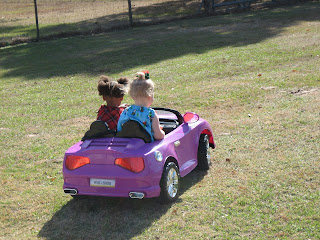 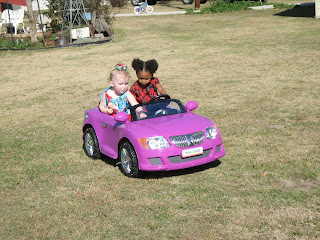 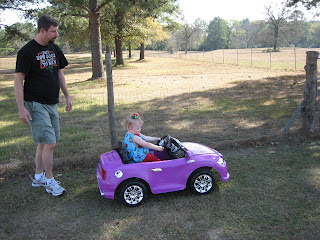 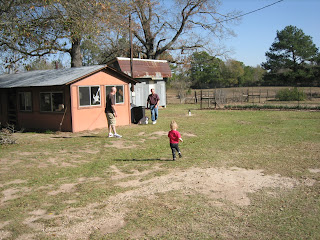 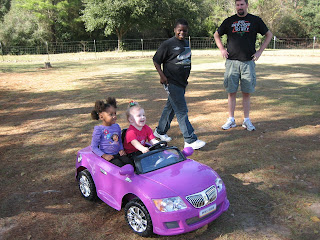 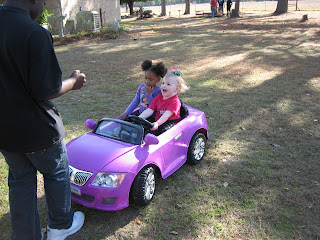 So glad she got the car on Christmas Eve when the weather was nice.
Christmas Day will be saved for a different post~let's just say the car survived a tornado and yes, it was one of the first things I checked on once it was all over!!
Posted by Alicia at 9:03 PM 2 comments:

Email ThisBlogThis!Share to TwitterShare to FacebookShare to Pinterest
Labels: Christmas 2012

More Christmas Eve and Christmas Day pictures to come.
Posted by Alicia at 5:11 PM No comments:

Fun on the Beach 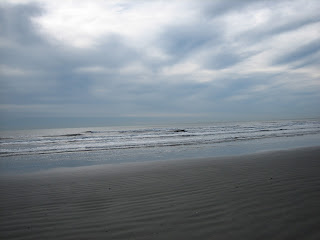 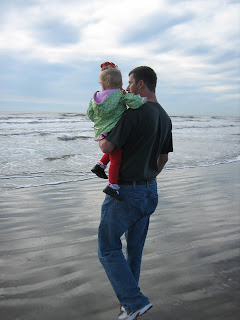 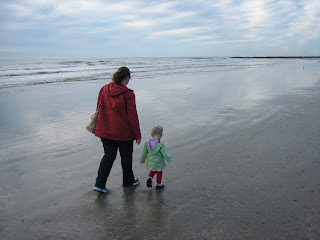 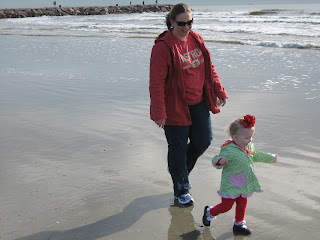 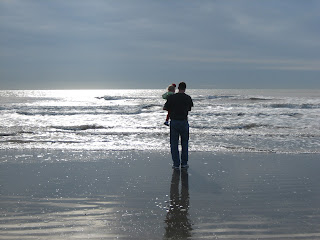 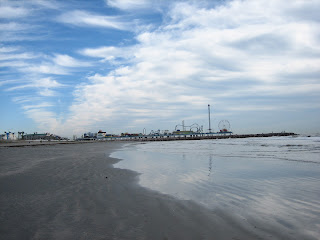 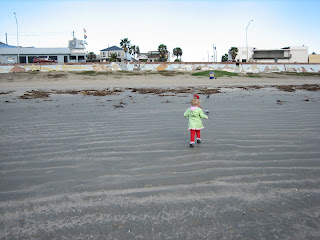 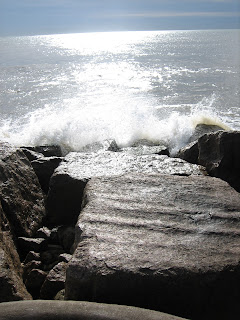 After a busy day, we decided it was time to check into our hotel and hopefully get a nap before going back to Moody Gardens for the Festival of Lights!  Our room had a balcony with a great view of the ocean, too bad the weather was so yucky so we couldn't really enjoy it. 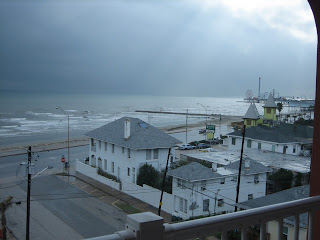 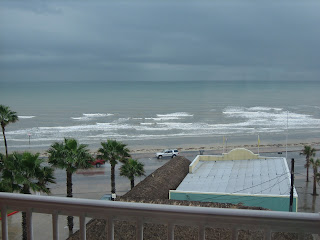 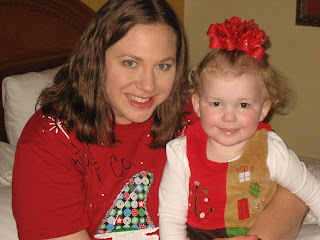 When we got back to Moody Gardens, I went to get the stroller out of the back while Chad got Kylie out of her carseat.  The lights involved a lot of walking and she is just too heavy to carry for long distances anymore.  I unlocked the tailgate, tried to open it and nothing happened, I locked and unlocked it several times and still nothing (did I mention a lot of things went wrong on this trip????).  The handle would lift up, but it wouldn't open the tailgate and the cover I have doesn't have a lock on top, so there was no getting in it unless the tailgate would open.

Chad said we would just rent a stroller and worry about getting it open later. We got lucky and when we were asking about where to rent a stroller, a lady was standing there and told us we could have the one she had been using! 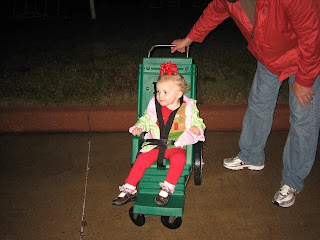 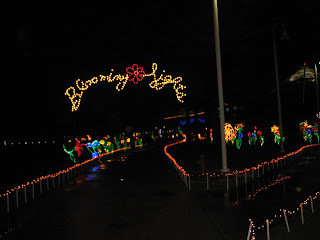 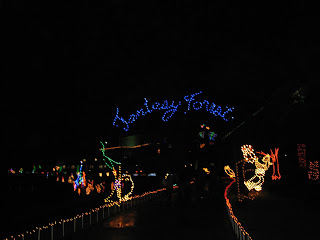 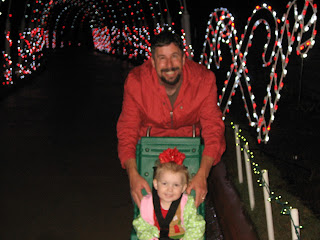 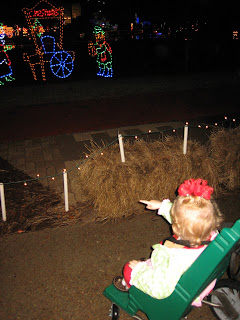 After walking thru the lights, we went inside to see a 3D movie.  Kylie had never been in a theater before and we had no idea how she would act and were prepared to leave if we needed to. 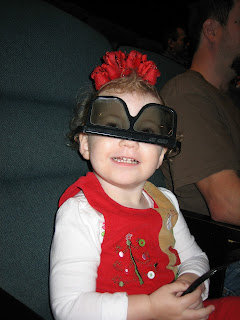 During the previews, the music stopped, but the picture was still on, she kept saying "Mommy sing???".  I told her the music would be back on in just a minute, to be patient, she then decided to sing herself and very loudly started singing "La La La La" it was so funny!  Once the movie started, she sat there very quietly and watched the whole movie (it was a short one).  She kept her glasses on for about half the time and anytime the snow was falling, she kept reaching out to touch it, so cute!

Afterwards, I attempted again to get my tailgate open and still no luck.  At that time, I became a little bit worried, all of our stuff was back there, except for Kylie's extra clothes, but we couldn't get to her milk, mine or Chad's clothes, nothing we had packed for the trip.  We decided to make a trip to Walmart and buy a few things just to get us thru the night, um, yep, that was an experience in itself, not the best place to be late at night, but we had no choice.  It made me appreciate the Walmart near our house so much more, hope I never have to set foot in that other one again!
Posted by Alicia at 4:00 PM 2 comments: