I always enjoy this time of year, but this year it is even more fun because Kylie is so excited about everything!  We wanted to do something special with her and also have a little getaway so we decided to go to Moody Gardens in Galveston.  It was a great trip, even though there were so many things that went wrong!  I have so much to share so the trip will be split into more than one post.
The night before we left, Kylie was up every. two. hours.  I spent the whole night afraid that she was getting sick and that we would have to cancel, but she woke up the next morning perfectly fine (though we were both tired!).  She was so excited to leave to go see the penguins.  The weekend before we had watched Mr. Popper's Penguins and she watched almost all of it with us, I think it's the first non animated movie she has really enjoyed.  It was perfect timing since we were going to see the penguins at Moody Gardens. 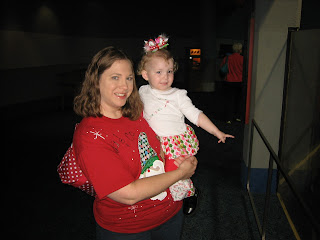 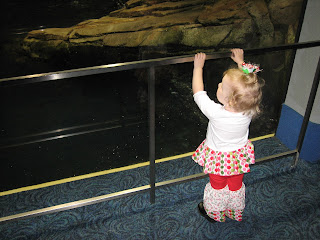 The weather was terrible, rain, rain, and more rain and then it rained some more, seriously it rained the whole day.  We finally made it safely to Moody Gardens and headed straight to The Aquarium.  One good thing about all the rain is that there were very few other families there, it was nice to be able to take as much time as we wanted and really get to see everything.  Our first stop was the seals and we got there right at feeding time!  Kylie loved watching them do tricks and especially the splashing. 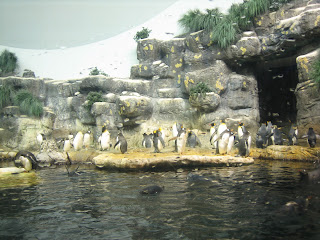 Next up were the penguins (my personal favorite)!  I hadn't been to Moody Gardens in several years so it was my first time to see the penguin exhibit.  We all enjoyed it.  There was one little penguin that stayed right up by the glass where Kylie was, she was so excited and kept reaching out, wanting to pet the penguin. 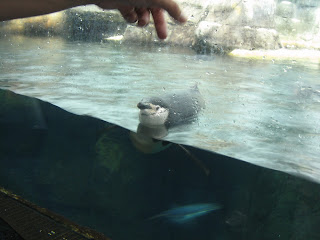 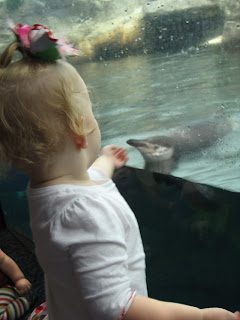 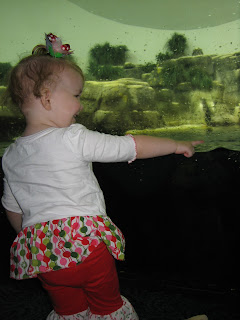 The best/funniest part was when she would lean up to the glass, point, and yell "SHARK".  We have no idea how she even knew about sharks or to yell that out.  We assured her that there were no sharks in with the penguins, that they were perfectly safe!  She did it several times, some of the others even got to laughing when she would do it.  I told Chad we would have to be careful taking her to the beach, she could cause a panic yelling that if people were in the water ;) 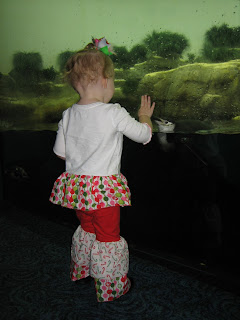 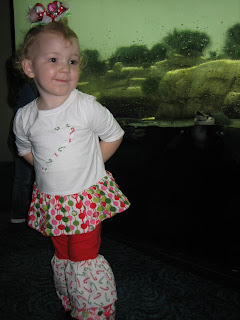 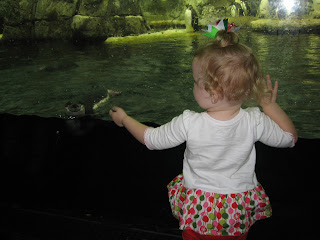 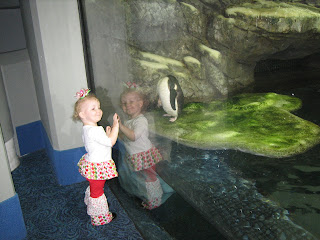 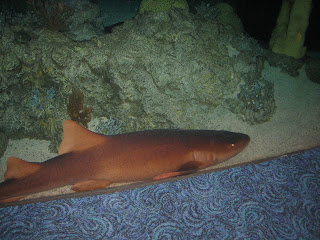 We did eventually get to see some sharks, she was amazed by them and all the fish.  Kylie even got to pet a starfish! 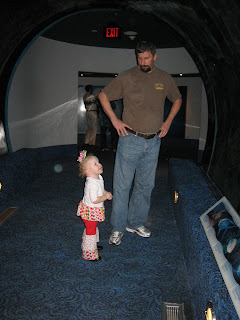 I love that she said SHARK! hahaa. Sometimes Julianna says things and I have no idea where she got it from or how she knows it too! LOL
This looks like a great trip! Sorry about the rain rain rain !!

We are still laughing about the shark, it was so funny and so appropriate! Where do they come up with these things?!

It was just our luck to have bad weather, hadn't had rain like that in a long time and then it has to happen when we have something planned! Luckily it stopped before it was time to see the Christmas lights display since that was the whole point of the trip!