Has it really been that long?!

I just looked and I haven't updated the blog since July.  I'm going to try hard to update it more often, I enjoy looking back and seeing what Kylie was doing at certain ages and I want to be able to do the same with Bailey.  I don't even know where to start at this point, I guess an update about the girls and then I'll just go from there.  The posts and pics might not be in any particular order, but I'll try to get it updated.  Is there anyone still left even checking my blog after being gone so long?!  I would love a comment to know we actually still have readers! 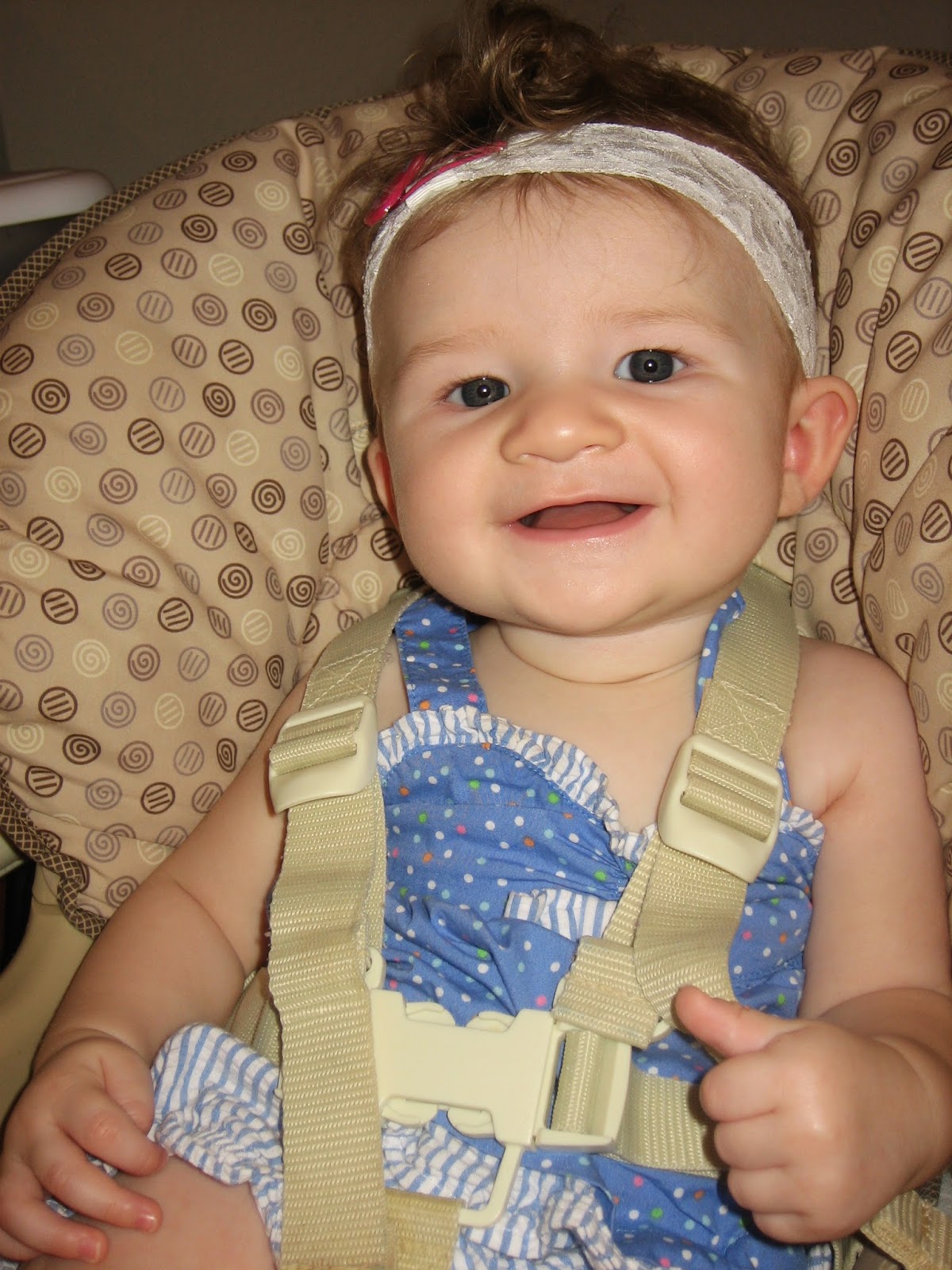 Bailey is almost 6 months old! I can't believe it at all, time has gone by even faster with her than it did with Kylie.  I just read Kylie's 6 month update and Bailey is doing a lot of the same things.  Bailey doesn't have any teeth yet, but I don't think it'll be much longer before one breaks through.  She is drooling and chewing on everything.  Just this last week she has really started scooting backwards, she is all over the place now, but can't move forwards yet.  She is really enjoying her toys more and has her favorites, basically any that are good for chewing or that make noise!  She can sit up for a very short period of time.  She loves to stand up when we are holding her, that's probably her favorite thing.

Bailey loves food, she's been on cereal and baby food since right after four months.  She's a big girl and was drinking a lot of milk daily and not being satisfied, the dr said she was ready for food!  She usually gobbles it right up. She prefers veggies over fruit right now and I usually mix the food with cereal, she is still getting used to the taste of them alone.  I'm assuming I'll be adding more food soon, she eats so much.  I can't wait to find out how tall she is and how much she weighs, I know she's big!  She's wearing mainly 9 and 12 month clothes.  She looks skinnier than Kylie was even though she weighs more, it's just that she's so much longer.

She is still a good sleeper, I had problems with getting her to go to sleep at a decent time for a while, but finally am getting that adjusted.  She prefers to sleep late in the morning and is so funny when we try to wake her up.  She will put her hands over her face and turn away from us when we say her name.  That can go on for several minutes, she'll usually give us a little smile and then just keep covering her face and then hiding her face in her mattress.  Even though she doesn't like to get up early, she's not grouchy about it once we finally get her awake.

Bailey is easy going, as long as she gets to eat and sleep then she's pretty happy most of the time.  She has her moments, but I'm hoping she won't be as drama filled as her big sister! 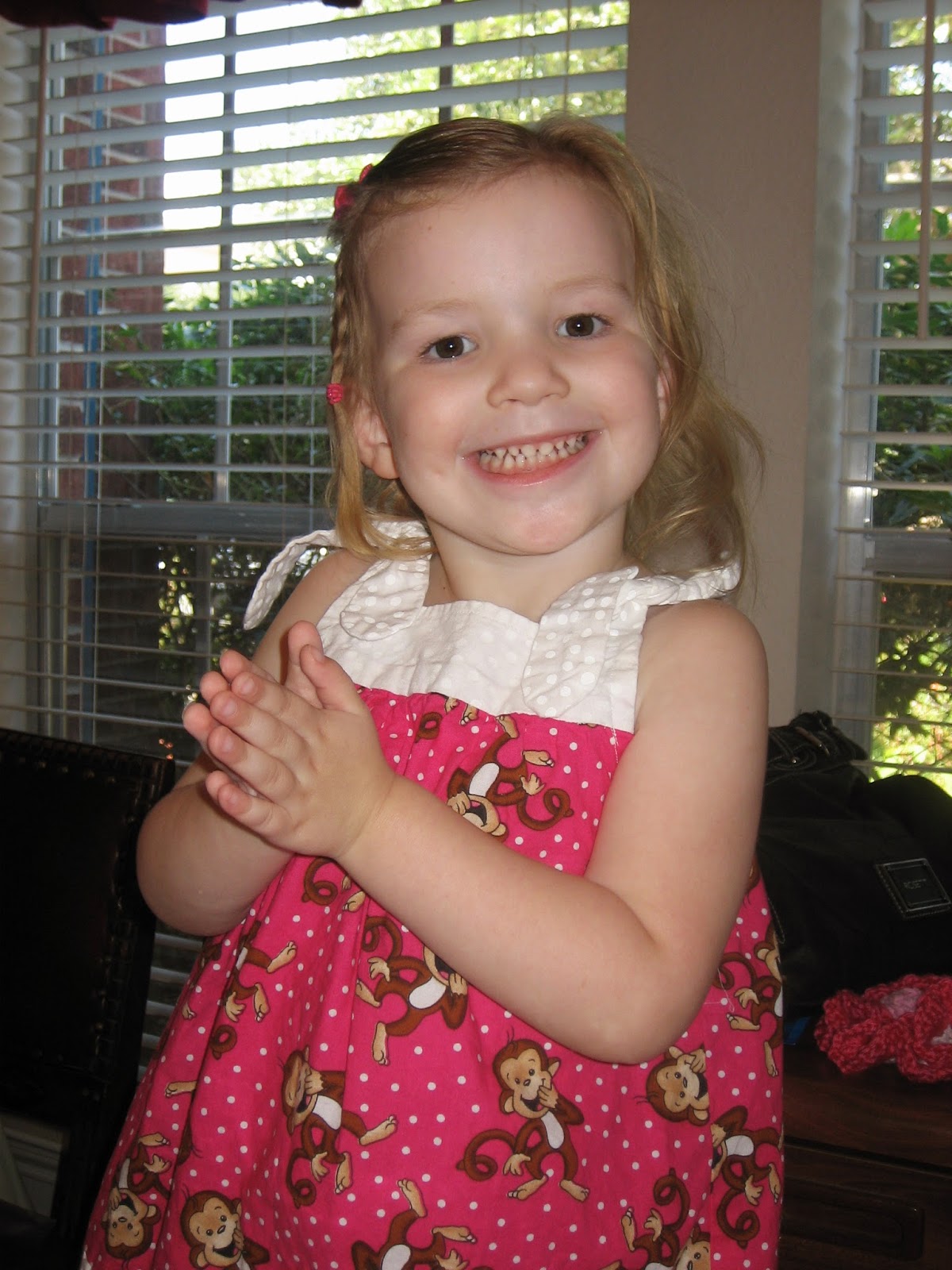 Kylie started back to school this past week.  She's in pre-k at the same preschool she went to last year.  She also started back with speech one day a week at the elementary school.   Kylie dealt with some jealousy issues over the summer, but seems to have gotten over that.  She has become more sassy lately and really testing the boundaries.  She is still a great big sister, her and Bailey love each other so much!  For over a year, maybe two, I've dealt with Kylie not eating much, sometimes not eating at all.  Finally, over the summer she has started eating, it's such a relief to not have to worry about that anymore!

Please check back soon for more pics and posts about what we have been up to around here! I promise to try to be better about it!  Now that we are back on a regular schedule, hopefully I can keep up with it more.
Posted by Alicia at 10:51 AM