Yesterday, we had lots of snow!!!! Well, lots for Houston at least! It started sleeting around 3:30 and then by 4 when I got home it had turned into some snow mixed in. Eventually the sleet stopped and it was just snow falling. The snow was really heavy at times. I kept going out and taking pictures! Once Chad came home, we both went out and just stood in the snow! I went to bed a little after 10 and it was STILL snowing!!!!! I just knew that I would get a phone call/text this morning saying that school would at least be delayed by an hour or two or better yet closed! I put my cell and home phone beside the bed so when the phone rang early this morning I would be able to pick it up without getting out of the warm bed. WELL........ that didn't happen :( never got the phone call, we had school as usual :( Guess I shouldn't complain since we have already had 9 bad weather days this year and are about to be out for 2 weeks, but it would have been nice to be home today. 5 1/2 days until Christmas Break!!!!!!!!!!!!!!!!!!!!! I will post snow pictures later, I really took a whole bunch!!!! 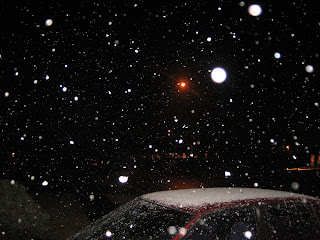 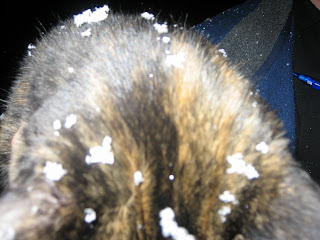 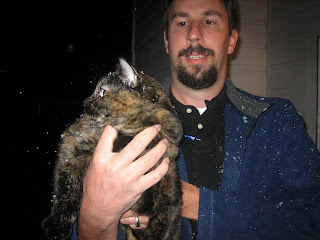 We wanted Kit-Kat to get to experience the snow since she likes cold weather and eating ice! She didn't mind too much, just wouldn't stay still long enough to get a good picture. 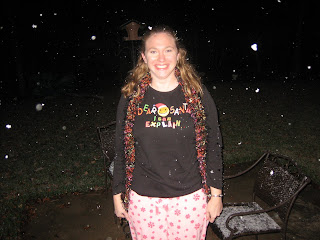 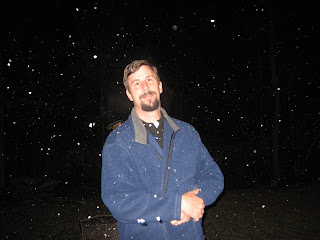