May 23rd, shortly after midnight I woke up to my water breaking, some contractions started after that, but no where near regular. Around 3, I decided we better go to the hospital to be checked, but I assumed I would be told it wasn't my water that broke and that I would be sent home. I even apologized to Chad for making him have to get up and go to the hospital because we probably wouldn't be staying. We got to the hospital and it took them a while to confirm that my water had broken, once they did I was admitted immediately, around 5 AM. I was started on pitocin and magnesium (because of my high blood pressure). We had narrowed down names, but hadn't made a final decision yet, so we decided we better get to it! In between painful contractions we picked a boy name and a girl name. The pitocin started working pretty quickly and before 7 I was wanting an epidural, which I was able to get a little after 7. Wow, I think an epidural might be the best thing in the world! The dr. came in to check me and predicted that we would be having a baby between noon and 3 that afternoon. Before long, the contractions were one on top of the other and I was fully dilated and it was time to start pushing. I pushed for about 40 minutes and then we were blessed with a baby girl! 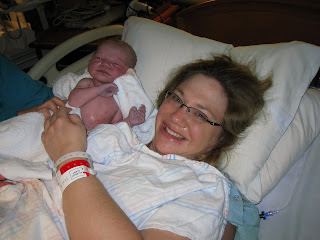 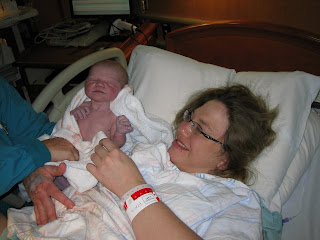 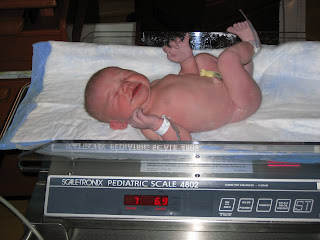 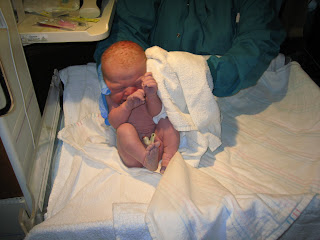 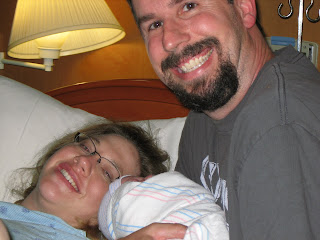 I love the name, we actually thought of that name for a second girl. You chose wisely! lol