Kylie is still enjoying her dance class and I have seen improvement in her coordination since being in the class.  She has also become more confident around other children and adults which is great, but she's also acting out a little more. 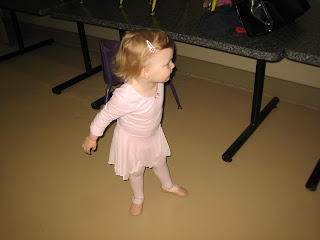 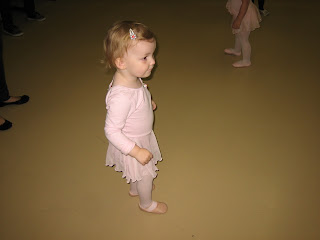 Then the next morning she woke up with a horrible cough and I realized that part of her acting up the day before had most likely been because she was getting sick :(  We went to the dr, but of course there is nothing they can give a 2 year old for a cough and we were told it would just run its course and probably last about 2 weeks.  As I'm typing this, it's been about a week and a half and she seems to be feeling much better finally.  Her cough got so bad at times that I thought she was actually going to throw up from coughing.  I hated seeing her sick and not being able to do anything to make it better. 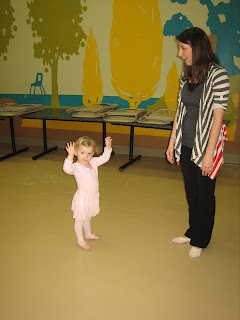 The pictures in this post are from a previous week of dance class.
Posted by Alicia at 3:13 PM