What a fun ultrasound today!

Today we had an ultrasound! I'm 12 weeks and 2 days and the baby is measuring at 12 weeks and 4 days right now.

This ultrasound was so much fun. We heard the heartbeat and it's in the normal range. At first, the baby wouldn't move too much, but after I moved around some then the baby started moving also. We saw the baby... kicking both legs, moving arms and hands, we were able to count the 5 fingers on the hands, the baby yawned, and opened the mouth several times, the tech said that the baby was drinking in the fluid. Of course, the baby never got in the position that they were wanting so that they could actually measure what they were wanting to measure today, but we sure enjoyed watching all the movement. We were really amazed that the baby, as small as it is, is already doing all that moving. The tech said that this time is one of the best for seeing all the movement because they still have plenty of room to move around.

We got several good pictures. The pictures are a lot better in person than on the computer, but I tried my best! I actually tried scanning them in first, but that was a disaster so instead I just took a picture of the picture and uploaded those. 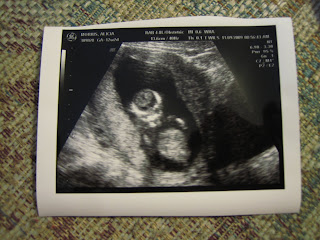 this is a front view of the baby, you can see the hemispheres of the brain (looks a little bit like an alien in this picture) 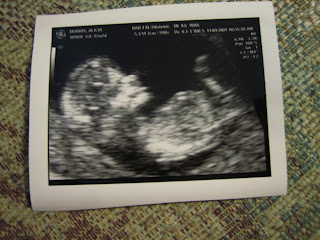 profile picture, on the right you can see a leg sticking up 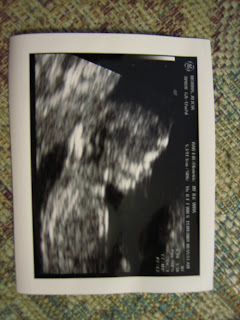 not sure why this one was turned...this is an open mouth picture 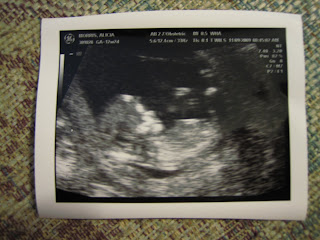 laying down with both feet up in the air 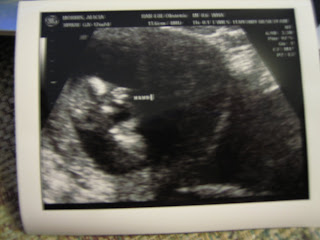 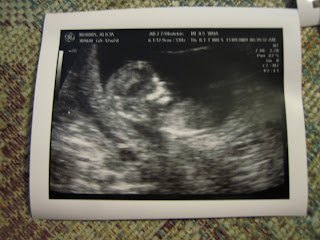 just laying there chillin', actually I think this was during the yawn 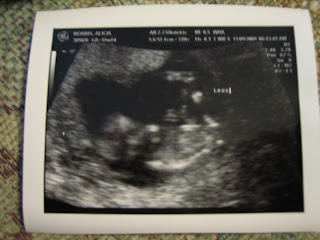 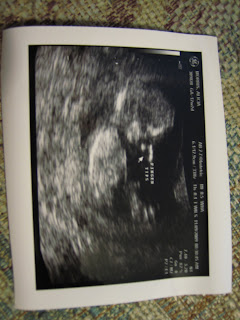 um, another one that rotated on its own.....another shot of the hand up by the face 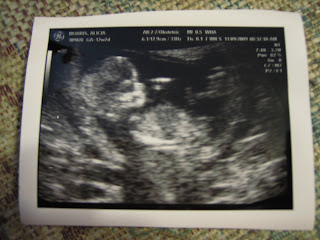 hand up again
Posted by Alicia at 3:20 PM