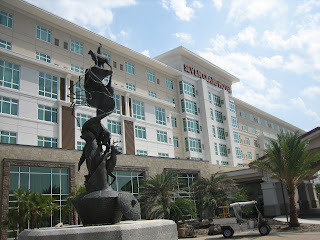 Chad and I have had a lot going on over the past several months and we badly needed some time away.  We haven't gone anywhere for just fun in quite a while and getting away without Kylie is for sure rare!  We decided to go to Coushatta and once we started planning, we were excited to find out that they were opening up a brand new hotel, Seven Clans.  Originally we were going to be there just a few days after it opened, but as my luck goes, something else came up and we had to reschedule for the following weekend. 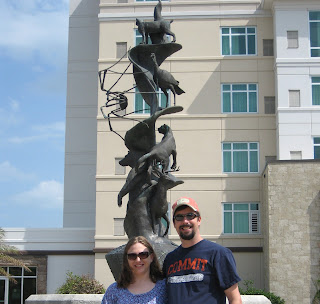 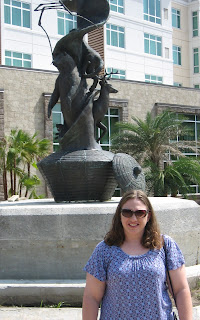 We left early on a Friday morning and arrived around lunch.  The hotel was really nice and best of all the hotel itself is smoke free!  Once we got checked in, we decided to go check out the casino and get a bite to eat.  We were looking forward to the seafood buffet that evening, so we didn't want to eat too much.  We gambled some on Friday, I didn't do too good, but Chad was up some money at the end of the night.  We stayed out late, for the parents of a 2 year old at least, and even better we were able to sleep in the next morning! 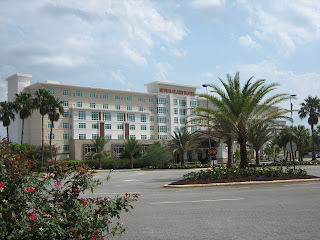 Saturday, we gambled some and decided to go to a Cajun Food and Music Festival in Lake Charles, it was about an hour drive, but was fun.  They had different cajun food, a live band, dancing, and arts & crafts.  The rest of our day was spent gambling, I made a little bit, but most importantly we weren't big losers! 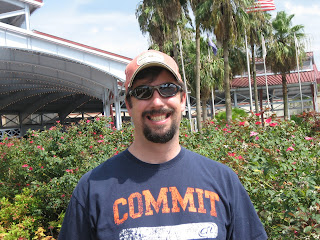 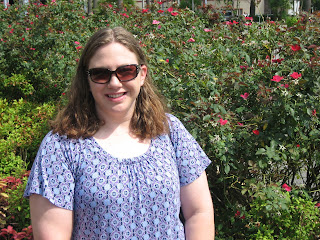 Sunday morning, we got up and headed back to my parents to get Kylie.  We had been away from her since Thursday morning so we were pretty excited to see her.  We figured that she wouldn't even give us a second look when we got there and were pleasantly surprised when she gave us a huge smile and came right to us for a big hug and kiss!

It was a great trip away, even though it was short, it was just what we needed!  Almost forgot to mention, my late anniversary gift~diamond stud earrings, such a pleasant surprise, I really didn't expect to get anything this year.
Posted by Alicia at 4:37 PM

Glad yall were able to get away!!!

diamond earrings - NICE! Happy anniversary! It must have been nice to get away - and sleep in?? Woohoo. We normally get up at 7am here and so does Julianna... it's a treat when she gets up at 7:30 haha! I would love to sleep in past 8am! Good for you. Glad you had fun! :)

Thanks :) The getaway was long overdue and we needed it so bad. Sleeping in was great!