Our first night we decided to go eat at Toby Keith's I Love This Bar & Grill at Harrah's Hotel. There were so many good things on the menu that we decided we would have to go back another day to try something else. The food there is so good, I had Southern Fried Beer Battered Fish, yummy! Chad had BBQ ribs and shrimp. The whole time we were there I kept an eye out thinking (hoping and praying!) that Toby might make an appearance, but no such luck! I so enjoyed the music and the music videos while we were there, just such a fun place! They of course have a giftshop so I bought a couple of shirts there also :) 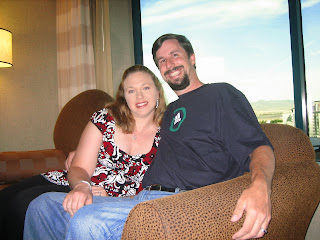 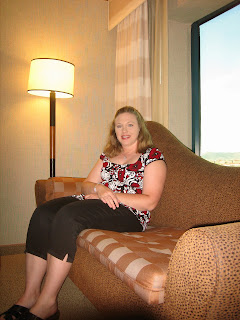 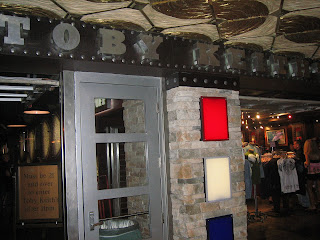 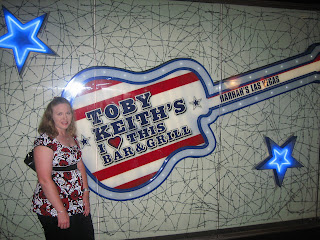 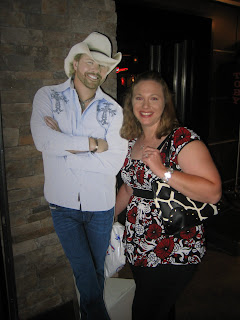 next best thing to the real Toby Keith!

Later that night, we did see someone famous.....chased him down and introduced ourselves, but that's another story for an upcoming post!
Posted by Alicia at 5:06 PM

Email ThisBlogThis!Share to TwitterShare to FacebookShare to Pinterest
Labels: harrah's, Las Vegas, Toby Keith's I Love This Bar and Grill