There hasn't been a whole lot going on, just crazy weather.  Last week, we were supposed to get snow, 1-3 inches, and the whole city shut down the day before.  We kept waiting and waiting and waiting and well.....no snow, everything did ice over though and there were over 800 accidents, but no snow :(  I had wanted to get pictures of Kylie in her first snow, but had to settle for pics with her first icicles from the ice storm...she wasn't too thrilled!  As quickly as it got cold, the weather got nice again, for a few days and now it's back FREEZING again.  We're actually having some snow flurries right now.  Kylie hasn't been sleeping at night, she's waking up every hour which means I'm waking up every hour.  I'm as tired as I was when she was a newborn.  Kylie has her 3rd tooth, her upper left one broke thru this week.  Also, Kylie is finally moving forward, she's doing a one-armed army crawl and is really getting around good! 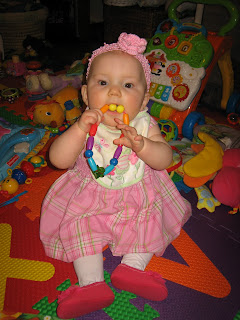 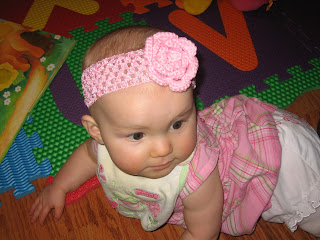 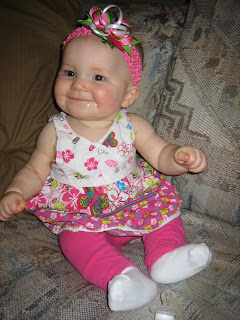 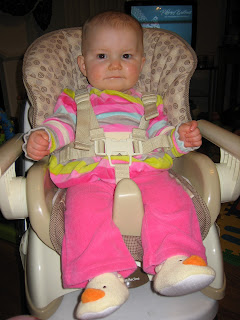 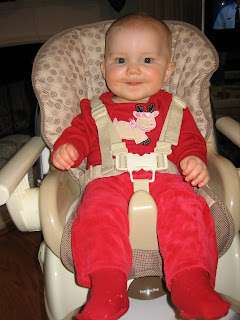 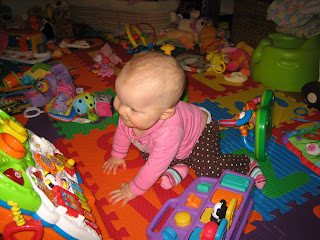 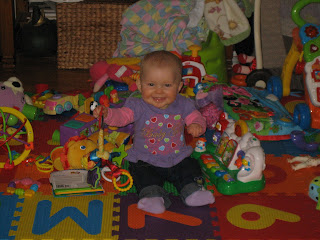 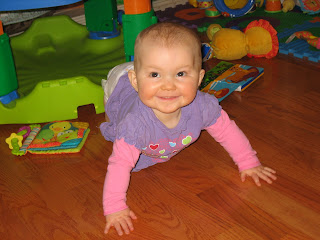 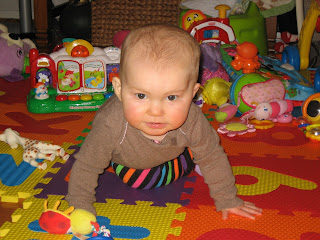 I love the expressions on her face.

Love the hat pictures (I Love babies in hats!) - Kylie is so precious. She looks like a doll in some of the pictures b/c her face is so perfectly cute! :) Love the one shoe on and one shoe off picture. I know it well. hahaha!