Chad tricked me on Valentine's Day, that morning he said that he hadn't had a chance to go shopping because he had planned on doing it Saturday, but we already had plans and he had forgotten that we were going to be busy all day. I didn't mind at all, all I had for him was some Hershey Kisses! We went to lunch and he commented several times that he hoped I wasn't mad that he didn't have anything for me. After lunch, he went out to the garage and brought in red roses, a huge stuffed frog, and a beautiful necklace with a heart shaped pendant that has "LOVE" written on it. I was really surprised!!! 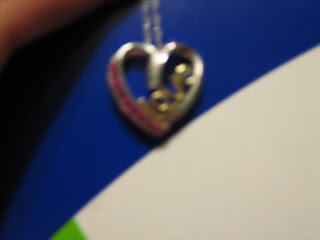 This isn't a good picture at all, but was the best I could get... 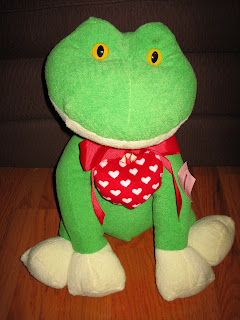 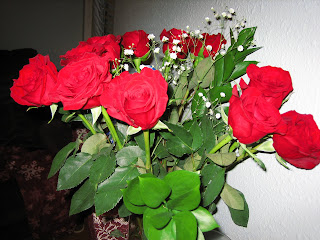 pics of the roses aren't from the best angle either, BUT I have them on the mantle and was too lazy to move them to take a better picture! They are beautiful though! 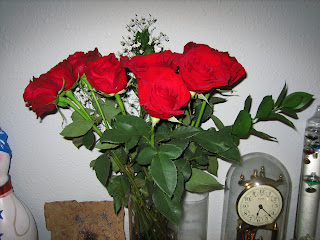